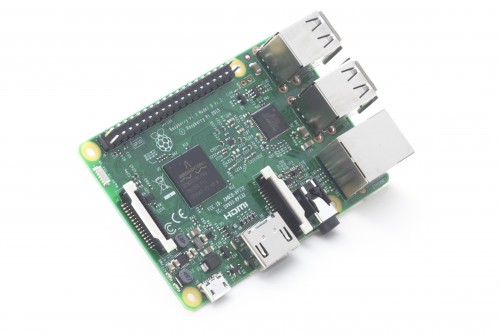 Another update: I managed to miss Baruyr Mirican and Darshan Gopal from the Broadcom test engineering team off the list too. My grade this year is D: must do better. Update: I did a rather poor job of collating the credits list this time. Apologies...

And since the Pi 3 comes with 64-bit processor, will Pi MusicBox provide 64-bit binaries?

PS I see that this ticket is relevant:

So I just bought a pi 3 and it will come in a couple of days and I would like to...

People have already successfully booted Pi Musicbox on Raspberry Pi 3, but they had to copy some files in /boot from a newer Raspbian image first. I’m sure someone will provide the details here.

For now, the Raspberry Pi organization sticks with Raspbian and 32-bit userland. They’ll investigate 64-bit over the next few months, according to the release blog post. If moving to 64-bit, Spotify support will probably become an issue as there is no AArch64 build of libspotify, and you can probably forget about that ever becoming available.

Waiting on instructions for getting set up on my Pi 3

I don’t know if it’s the same but you could try Darkhelmet’s method for the Pi Zero here it might do the trick.

Perhaps not the step by step instrunctions you are waiting for but what you need to do is at https://github.com/pimusicbox/pimusicbox/issues/357

Hi guys,
I’ve just tried to get musicbox working on my brand new pi 3, but cannot seem to get the device to work. I’ve tried copying all the .dat and .elf files from the latest jessie lite package I downloaded from rasperrypi.org. I over write the files on the OS SD card before plugging in the device. I think there was a total of 8 files I overwrote.

If anyone could give any tips on what files I might be missing?

Hi - I was having the same problems, especially as a newer user myself. After getting REALLY proficient at flashing SD cards, with no luck (despite the excellent instructions at PiMusicBox and CodeProject) I finally found instructions for what is described above.

I did that and on the first try got to the ASCII logo & CLI. Spotify works, TuneIn works, still chipping away at youtube audio. Sounds awesome at higher bit rate than my phone supports!

Thanks to Bennett Holstein for the great directions and to Wouter vanWijk for a killer project. Props to Scavix at CodeProject for the thorough writeup too, for previous generations.

Now if only my DAC would show up from HifimeDIY Hong Kong (ps - there is a UK warehouse for Hifime). Soon!