Hi all
My A+ and Pi-DAC work well together but now I want assemble a little audio multiplayer in a little aluminum case with a LCD. I googled many time to find information on how to connect all my stuff together over the Pi-DAC and which python libraries to use for compatibility with I2C.
I didn’t believe that I was thinking something strange but the mix of hardware that I’ve perhaps isn’t so common…
Could someone help me with link or instructions or tips?
Thanks a lot in advance

Just noticed this while looking for something else - the set up might offer some help https://volumio.org/forum/display-mpd-info-20x4-lcd-t1187.html

Hi Steve. Thanks for your help. I known that discussion but the library used RPLCD has a setting for 4 bit and 8 bit connection. I’ve I2C circuitry.
I’m trying to modify the setting but with no good results…
I’ll try again.

There are a couple of threads on here already about attaching displays. I
don’t think they used that particular sound card so you’d have to find out
what header pins you have available and compare.

I’m trying to follow one of the most similar to my hardware and now I’m stuck on this problem:

How can I manage the ‘mpd’ import?
This should be the last thing to fix before the final result.

This is the thread I was originally referring to: Anyone use the Mopidy Touchscreen Front end?

No because I’ve already MPD installed.
When I type mpd I receive an error for the log file not accessible, but the program is present.
I think that my problem is only when I try to import mpd library in the python program: ImportError: No module named ‘mpd’

The package I linked above is python-mpd, not MPD.

I’ll try it this evening and I’ll post an update here.
Thanks

GREAT! It worked for me but with some tricks
Now I’ve to write down all the steps and then I’ll upload a guide.
Thanks a lot kingosticks

As promised, the complete solution

Then there is a link to a github project named “Raspberry Pi LCD library for the widely used Hitachi HD44780 controller, written in Python”: 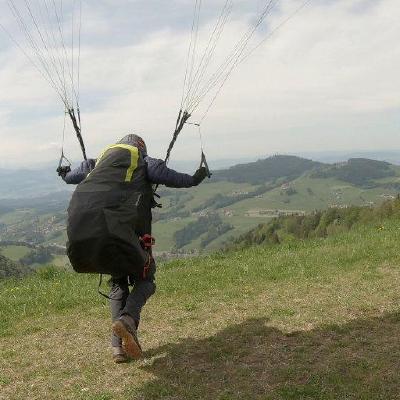 So I googled for I2C and founded this link: http://www.recantha.co.uk/blog/?p=4849#comment-547431 with explanation on how to use
20×4 LCD character display on a RaspberryPi with I2C interface. This is a generic discussion and not focused on MPD but many
comments down… bingo! User ‘supra’ posted a link very focused on MPD and I2C: https://github.com/speendo/raspi-mpd-lcd
This is a project not very well documented, but with some help in forums and googling I finally obtained the necessary information
to show MPD info on my LCD!
Download the zip and put it in a local directory on your Raspberry. This will be the start source path for the whole project and the main.py will be used to test the MPD2LCD.

Now, the instructions step by step:

Hi, I´m trying to get my 20x04 working and I go along the guide from Smemo1024.
I think I have done everything like described. But if I start main.py I get stuck on this problem:

Can some one help me?

Hi, I’m getting exactly the same issue as Sonnen_Tau:

Could someone point me in the right direction please?

Excited to get this working and finish my PiMusicBox project completed.

second google result gives me https://www.quora.com/What-is-the-core-reason-for-this-error-Attempted-relative-import-in-non-package-in-Python which looks like a good read.

Hey, thanks for the quick reply!

Yeah I read a couple of Google results, but they far exceed my noobness I’m afraid.

Had hoped I’d simply installed incorrectly from the directions, afraid that kind of coding is way beyond my skill level.

Ah well, works fine without the LCD, would have been a nice to have.

Checked there was a __init__.py present in the folder and tried running with “python3 -m”

Solution #1: You can do a simple package import instead of relative. That is, instead of:
from . import jpg
You can do just:
import jpg

And probably similarly for other places e.g. /root/myproject/lcd_driver.py

However, the instructions you are following here are really old. Raspbian has changed and this might not even work anymore. I’m pretty sure that’s not how i2c is enabled these days, perhaps it still works.

Hi, thanks, I really appreciate this.

Python smbus is installed though.

but had already installed python-mpd2 from the above instructions